If you are reading this particular blog, it is most likely that you already know what WordPress is. Nevertheless let’s try to define it.

WordPress is a free and open source web publishing platform which helps you create, manage and maintain your own site or blog.

WordPress began as a simple blogging tool in 2003 and has evolved to a very powerful and easy to use content management system (CMS) used by millions of bloggers, businesses, celebrities and institutions worldwide. Today it powers almost 35% of the web, it had an almost 4% rise since last year. If we only account for sites built on CMS’ then WordPress jumps to almost 62%, but hosting sites and blogs is not all it does, nearly 28% of all eCommerce goes through WooCommerce.

Along with this success came a very large community which supports, develops and improves it. Thousands of individual developers, small teams and large companies contribute daily to WordPress by adding new functionality, helping fix issues and spread the word to new users around the globe.

A brief history of WordPress

It all started in early 2003 with a post and the goal of “enhancing the typography of everyday writing”. It was started by Matt Mullenweg and Mike Little as a fork of b2 and became its official successor. The first ever release, version 0.7 was made available for download on May 2003.

In January of 2004 v1.0 was released which made the installation simpler, added search engine friendly permalinks and more. 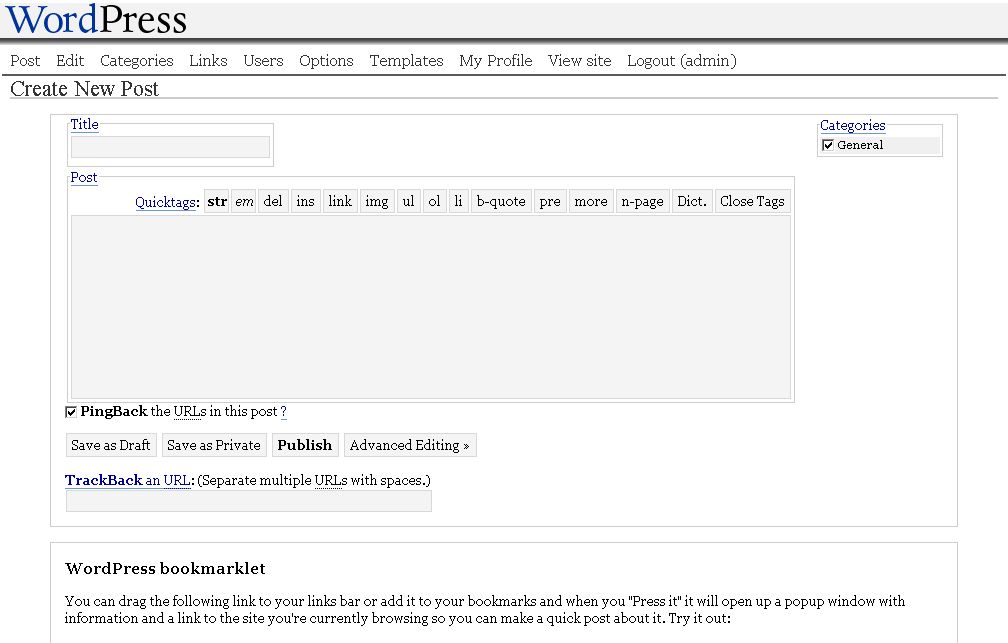 Where it all started. WordPress version 1.0

In 2005 WordPress co-founder Matt Mullenweg created Automattic. Subsequently the WordPress trademark and logo ownership were transferred to the WordPress Foundation to ensure that WordPress could grow independently. Automattic brought us WordPress.com which is a separate service, not to be confused with WordPress.org the FOSS CMS this article is about.

Currently we are on version 5.x which has integrated the new block editor, otherwise known as project Gutenberg, which is a major improvement on content generation, future releases promise even greater layout customizability via the new block editor.

WordPress is free and open source software, released under the GPLv2 or later license. This means that you are free to download, use, modify and distribute it. However according to its license, any derivative works automatically inherit the GPL license.

Due to its open source nature, WordPress has a very large community of developers supporting and improving it. Each user that contributes to the project holds the copyright for their code, however as stated before, due to WordPress’ license, any contributed code must be also licensed under GPL so all other users can use and modify it freely. According to WordPress.org derivatives of the WordPress code, such as plugins or themes, also inherit the GPL license. This last bit has been a point of contention among some authors, but WordPress foundation strongly supports its and only hosts fully GPL compatible themes and plugins to its repositories.

User generated content however is not considered derivative work. The author holds the copyright for anything they post, unless of course you are writing about GPL licensed software and using parts of it to make a point or provide examples. If you own a travel blog, or provide financial analyses of current events, write about the weather etc, the content is yours and it does not inherit the GPL license.

As mentioned earlier, WordPress is used on almost 35% of the web, with that in mind you would expect to find all sorts of different WordPress users, and this is true. Let’s take a look at some examples.

The site’s content is produced by the Ministry for Foreign Affairs of Finland and published by the Finland Promotion Board, it is used to promote the country, its culture and its people.

Sweden’s official site and source for all sorts of fact regarding the country. It is publicly funded, with four organizations behind it: the Swedish Institute (SI), Business Sweden, VisitSweden and the Swedish Government Offices, including the Ministry for Foreign Affairs, the Ministry of Culture and the Ministry of Enterprise, Energy and Communications.

The French automotive manufacturer has built the group’s portal on WordPress. 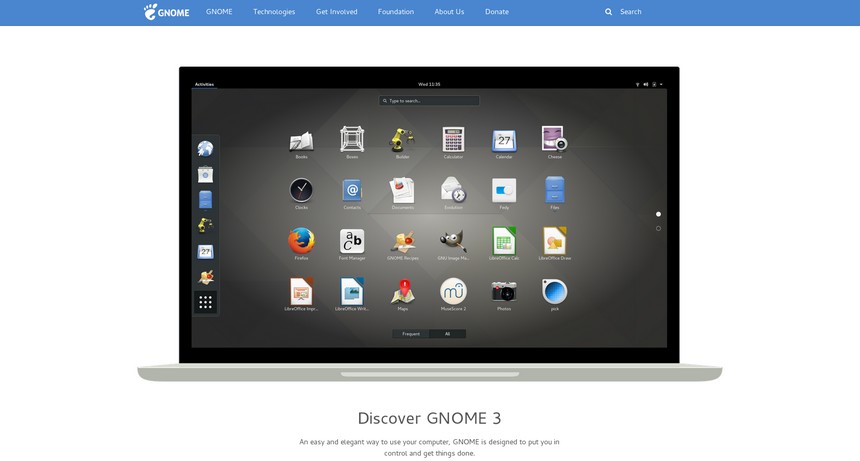 The Gnome Project completely redesigned their site along with their GNOME 3 release and chose WordPress as its platform. 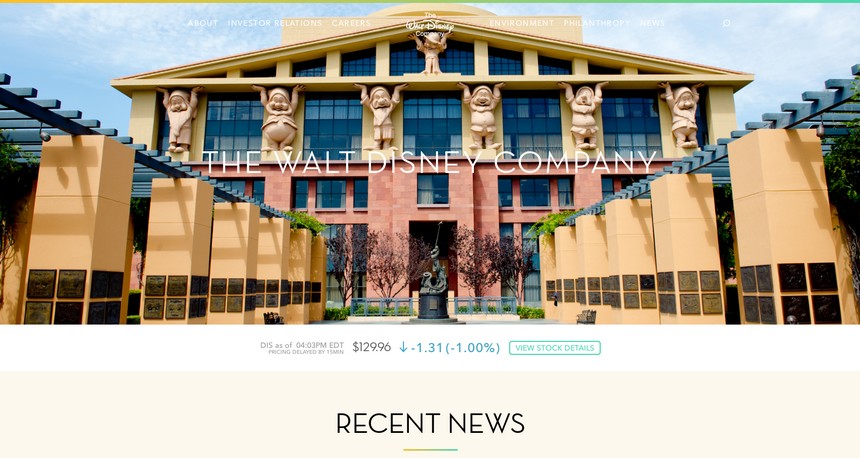 One of the world’s leading producers and providers of entertainment and information has chosen WordPress for their website.

BBCAmerica has created a very large multisite WordPress installation which is used to host and serve the company’s content to users in America.

As you can see apart from the millions of bloggers, WordPress is used by almost everyone, be it countries, broadcasting organizations, celebrities, all kinds of businesses, educational institutions etc.

It’s beyond doubt that WordPress wouldn’t not be at its current position without the community that’s built around it. Ranging from large companies, all the way down to the millions of its users it’s the people that brought it to the top. As it is with many opensource projects, the community is very open and welcoming, thousands of people donate their time and knowledge on official and unofficial forums to help newcomers to get to know WordPress. But it does not stop here, it’s not only online interaction, WordCamps are frequently organized conferences all around the world where people meet, greet and talk about WordPress. WordCamps tend to be larger and more coordinated events and are rarely held at the same place more than once a year, however if you want to get your WordPress fix more often, there’s yet another way, WordPress meetups are smaller gatherings of WordPress enthusiasts, these are more spontaneous and usually happen much more often, most major cities have their own, at the moment of writing there are almost 1700 individual WordPress meetup groups around the world with close to three quarters of a million members. Check the directory out and if you find one near you be sure to check it out!

WordPress is now 16 years old, and its life has been very exciting so far. Starting from a small two person project to make blogging easier it has grown to be one of the largest most successful and most popular open source projects in the world.

The WordPress project has allowed countless of developers and companies to make a living and even more people to find an outlet to express their thoughts and showcase their work.

As for its future, no one can say for sure, but WordPress and its community seem to carry a lot of steam and continue to grow to this day. There is an ambitious goal of hosting 50% of the web, it seems far fetched but with the right people at the wheel, who knows.