WordPress 5.5 is the second major release of 2020 after WordPress 5.4 released in March 31st, a third major release 5.6 is planned for December. This release further progresses with phase 2 of Project Gutenberg which aims to redefine the way we publish content on the web. This is accomplished with the introduction of block patterns, the block directory and block inserter, and more than 1500 improvements to the overall editor experience.

The image editing feature was introduced in version 8.4 of the Gutenberg plugin and brings some essential image manipulation tools right in the editor. Easily adjust the zoom level, aspect ratio, position and orientation of your image. Popular aspect ratio crops are one click away for both landscape and portrait images, additionally a rule of thirds grid is there to make sure you will perfectly frame your newly cropped image. This is a pretty exciting feature for any content publisher that deals with images, being able to crop and realign images straight from the editor reduces the need for third party software and streamlines the content creation process. 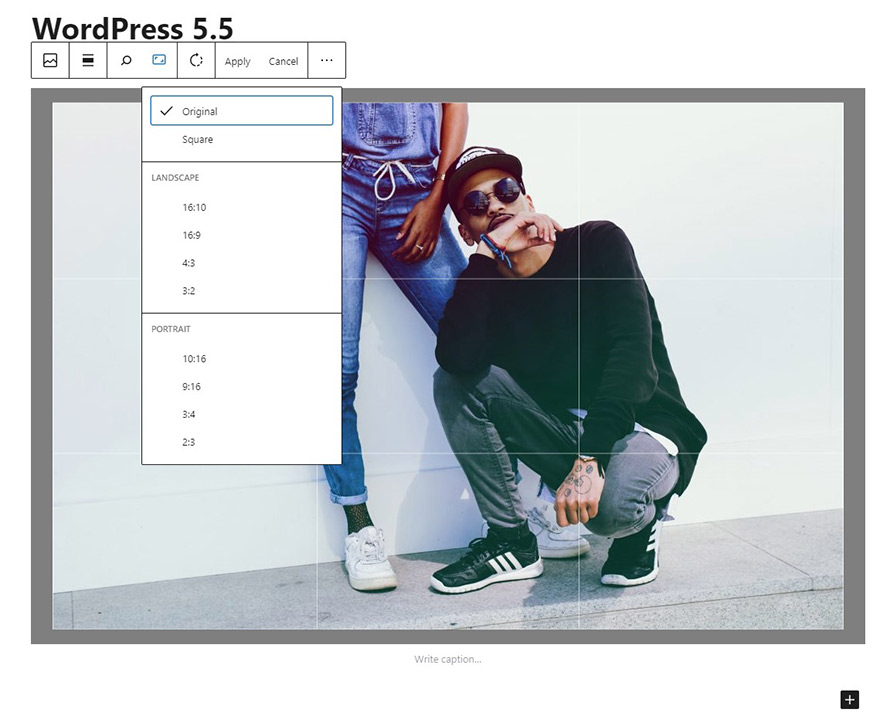 Another great feature introduced in this latest release of WordPress are block patterns. A block pattern is a group of blocks arranged in a predefined way which allows the end-user to quickly create intricate layouts without having to manipulate each block individually and with no design knowledge required. WordPress comes with several patterns bundled and theme & plugin developers will be able to register new ones to make the block editor even more versatile. 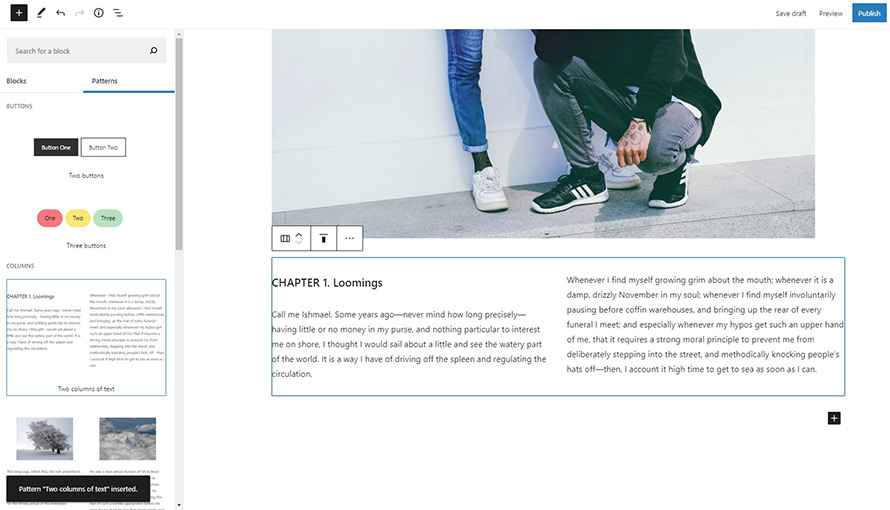 Device previews offer the user the ability to easily check how a post or page will display on mobile devices such as tablets and phones without having to preview the page using the browser’s developer tools or on actual devices. This gives them the chance to iron out any major appearance issues quickly directly from the editor. 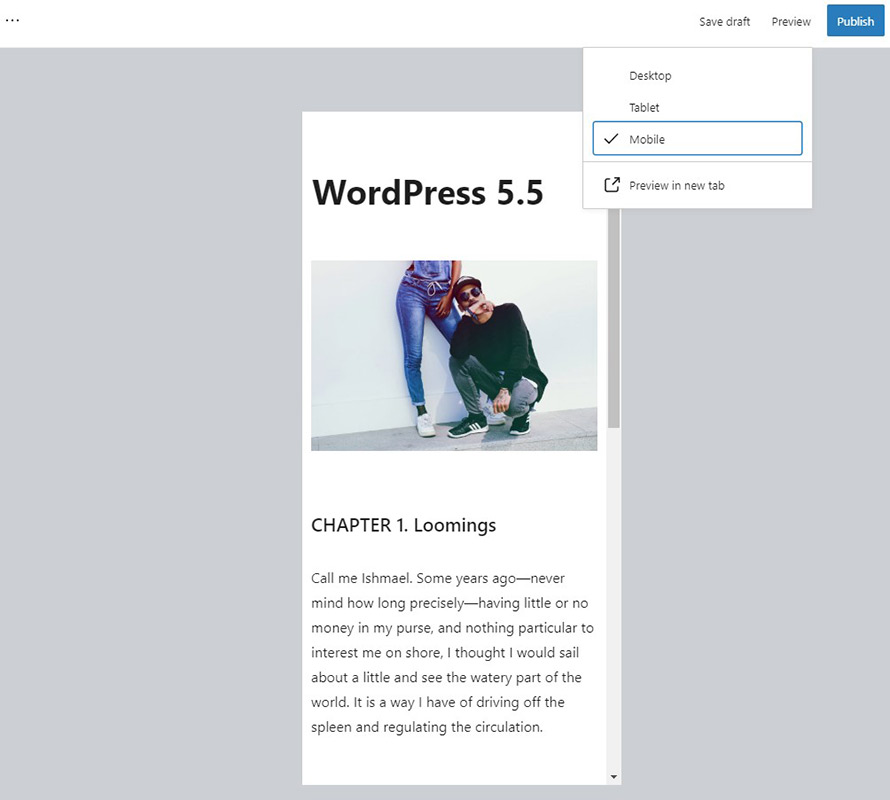 The block directory search feature was introduced as an experiment on version 6.5 of the Gutenberg plugin, it moved out of the experimental phase in version 8.4 and now it was merged into the WordPress core. The feature allows users to search for and install blocks right from within the editor. No need to leave your post, go to the plugin installation screen, install and activate the plugin and then head back to your post. Installing a new block is as easy as adding any of the default blocks in the editor, search click add and everything else will be handled in the background.

Some times the small things make a big difference and the ability to select the parent block is one of them. Anyone who has been using the block editor to create content has tried at some point, and most likely failed, to select the parent block of the block they’re working on in a nested block setup. To help users overcome this issue the editor team has added a Select Parent button which appears when you hover the Change block type or style button on the left of the block toolbar.

Up to now the drag & drop experience in the block editor was sub-par. Luckily this latest WordPress version brings several improvements to it. Vertical reordering via drag & drop is now much more clearer to the user. The dragged element is replaced by a small chip which combined with the smooth scroll on drag behavior makes it much easier to drop it in the right place. 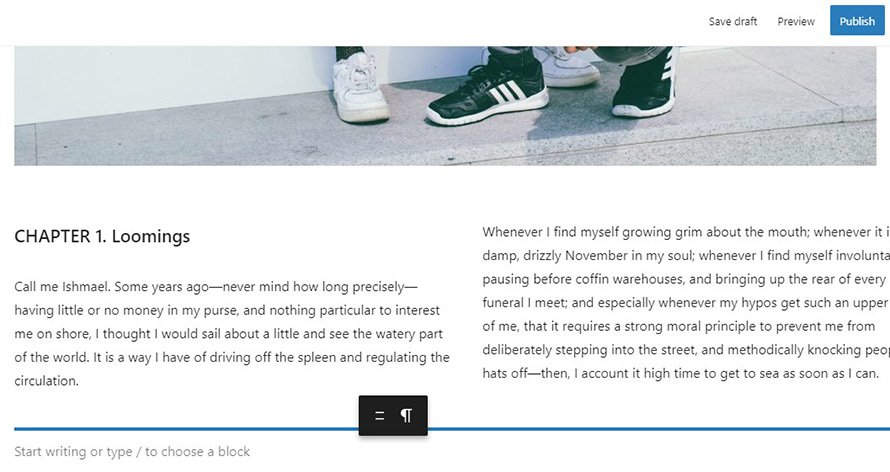 GutenBee, our free block editor toolkit which consists of the GutenBee theme and its custom block companion plugin have been tested to ensure compatibility with the new version of WordPress and the new features introduced in the block editor. We keep a close eye on the editor’s development to be able to provide you a seamless content publishing experience both in the editor and the front-end.

MaxSlider – The FREE WordPress Slider without the confusing parts